Elul Practice – Writing a Spiritual Will

“If I knew then what I know now…” How many times have you looked back over the past year with a heavy sigh, wondering “Why do I have to keep reinventing the same clumsy choices again and again?”

Each year at this season we are given another opportunity to come up close and personal with, of all people, ourselves; to engage in the Jewish practice of cheshbon ha-nefesh, personal accounting. All too often, that accounting comes back with a lot of red ink. Countless aquatic creatures dine each year at Tashlich, as one crumb after another is named for our regrets and tossed, what never seems to be quite far enough.

Thankfully, we have another Jewish tradition, which I believe it is time to integrate into the month of Elul and Days of Awe. Composing a Spiritual Will is an opportunity for self-reflection through a kinder lens, based upon lessons learned, personal values, and preserving precious bits of personal history that might otherwise slip away with the sands of time.

The oral delivery of Ethical Wills (tzavaot) dates back to Biblical and Talmudic times, often in the form of deathbed exhortations to children or students on matters of ethical conduct. Since their emergence during the medieval period and until now, written tzavaot consist of personal reflections, conveying values, motivations and religious precepts, so that the author’s memory can be preserved in the actions of future generations; either delivered during the lifetime of the author or posthumously. 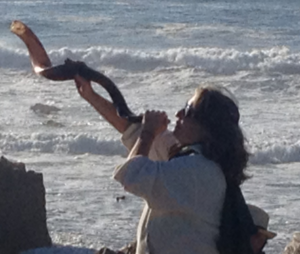 The practice of writing a Spiritual Will appeared in the 20th Century. Though similar to a traditional Ethical Will, it also provides the author with an opportunity for self-reflection, even when not composed under the duress of life-threatening illness. In Parshat Ki Tavo we are taught to “repent the day before you die.” But when is that day? Approaching Yom Kippur is a perfect opportunity to practice.

Imagine your days growing short. Ask yourself what words of wisdom and comfort you would like to leave behind. Remember that, even in the medieval period, Ethical Wills were composed in a more personal tone, often devoid of the exegetic flourishes of scholarly writing. In this genre, collecting thoughts is more important than literary excellence. And who knows? Perhaps next year when the month of Elul rolls around, you will feel called to reread this year’s Spiritual Will, panim-al-panim with yourself, finding that you have changed for the better, having listened to your own good advice.